Featured as part of Nacon’s Connect 2022 presentation, a new trailer for RoboCop: Rogue City has revealed gameplay and shed more light on the return of Detroit’s cybernetic law enforcer, including a first glimpse of veteran actor Peter Weller, who was revealed to be returning to the role of Alex Murphy in Robo-form.

The trailer features first-person footage from the game, as well as a look at various dialogue cutscenes and ol’ Robo drawers himself without his visor at the end. While it’s obvious that this isn’t footage of the Switch version of the game, it’s great to get an idea of ​​what developer Teyon has lined up. Rogue City is scheduled to launch in June 2023 — check it out above.

Here’s some blurb from the Youtube description, followed by some PR screens:

Welcome to Detroit; crime runs rampant as the city lies on the edge of ruin, people fighting for scraps as others live extravagant lives of luxury. Control of the Detroit Police Department is given to the Omni Consumer Products corporation in an attempt to restore order. You are that solution, RoboCop, a cyborg tasked with protecting the city.

The triumphant return of RoboCop wouldn’t feel right without the man who brought so much life into the role, and we’re excited to reveal that Peter Weller will be performing voiceover work on the game. Enjoy this first look at gameplay and for the record, “dead or alive, you’re coming with me! 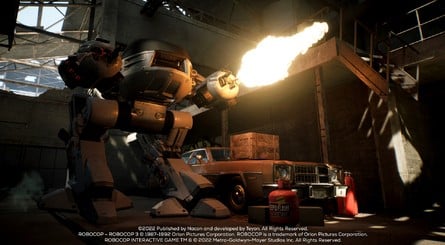 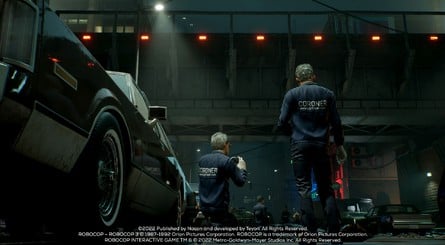 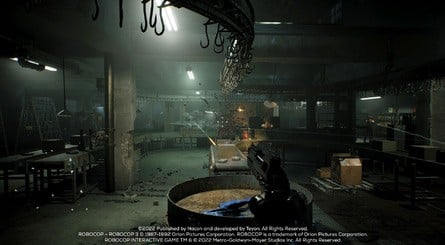 Let us know below if you’re down to clean up the mean streets of future ’80s Detroit next year, and if you think the Switch version has a hope in heck of looking anything like the game in that trailer.